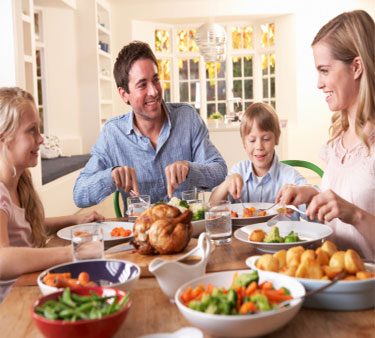 I moved to Florida in 2002 with my family. While looking for a job I found an ad for Dr. Bolick’s office. I had prior experience at the Hospital for Special Surgery and being curious about chiropractic I applied for the job. I enjoyed the family atmosphere as soon as I entered the office. Once I started working with Dr. Bolick I learned many new things. I had very little knowledge about chiropractic and all the benefits, but quickly realized how amazing our bodies were.

After working for only a few short weeks, the school called and told me my daughter was sick with pains in her stomach and needed to go to the hospital. I went to Dr. Bolicks walk in clinic, nervous that I would have to pick up my daughter and spend hours in the emergency room and pray she didn’t need surgery. He told me to bring her back to the office. I did and he examined her, took some X-rays and adjusted her spine. After 45 minutes she started to feel better. He adjusted her one more time and before I knew it she was jumping around the waiting area. I brought her back to school where the nurse and her teachers couldn’t believe that she had made such a quick recovery! Andrea has a condition called “functional mega-colon” and has been told that she would need surgery to correct it but has been able to avoid that surgery. Then when I was pregnant with my third child, my doctor told me that being adjusted helped me be able to carry my son to term (my first 2 were born premature). Just when I thought that chiropractic had changed my point of view I couldn’t believe how it helped my son. He was just 4 weeks old and had a fever, Dr. Bolick adjusted him gently and his fever went away within the hour. Connor has been diagnosed with asthma and allergies but has been able to do things that most children with these conditions cannot. I feel that being adjusted early on and following up has made the difference for him.

After working with Dr. Bolick and seeing so many patients come in with so many different health concerns and watching their progress it has proved to be a very rewarding job.

In May of 2003 I had to move back to New Jersey to help take care of my mom. After 2 years my husband and I talked my mom into moving here to Florida. I called Dr. Bolick and told him I would be moving back to Maitland and he had a position open up so I moved back in December 2005.

Since then he has adjusted my other children, my husband, an aunt, a cousin and many of my friends. I feel blessed that not only has chiropractic helped me and my family feel better but we have avoided surgery and drugs. Because I had been working for medical doctors for 9 yrs I had been “brainwashed” to think that medicine cured it all. I now know that there are natural ways to help the body heal itself. I love helping people and feel very proud to work with Dr. Bolick, his staff and the many patients that have made me feel like family here in Florida.