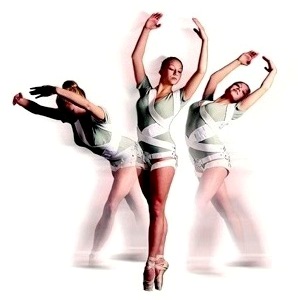 Still, today, 80% of the scoliosis cases are known as idiopathic. Since the true cause is unknown, the treatment can only be based on the symptoms. Until now, only two types of treatment have been known to be efficient: the first is the treatment using an orthopaedic rigid brace, and the second one is surgery with a spinal system.

In both cases, the therapeutic benefits can unfortunately be associated with non-negligible drawbacks that limit their uses. Because of a better understanding of the risk associated and of the disease evolution, we have seen a shift towards earlier treatment.

The correlation between growth potential of the child, and, more specifically, of the adolescent, and the evolution of the scoliosis has been clearly established. It was demonstrated by Duval-Beaupère , Perdriolle, William P. Bunnell , Furster, Risser and many others. This means that the earlier the scoliosis appears, the greater the risks of evolution. Lonstein & Carlson analysed the natural evolution of scoliosis in a population of 729 adolescents. They concluded that a child with an angle between 20° and 29° and a Risser of 0,1 or 2, will see his/her scoliosis evolve in 68% of the cases. Stagnara and Clarisse and other authors have named the 30° limit “the critical limit” because, beyond this point, during high velocity growth periods, evolution of the disease is guaranteed.

Finally, the fact that the Cobb angle remained stable after maturity had been reached was challenged by Duriez , Ponsetti and, in 1980, Guillaumat shed some light on this: scoliosis with greater risk of evolution are the lumbar and thoraco-lumbar that have reached 30° or more at bone maturity. The thoracic and double scoliosis will evolve only if they have reached 60° at maturity. It does not mean that they are well accepted below 60°, especially from a cosmetic and sociological point of view. With this, it seems illogical to pretend that any 30° curve will remain stable after bone maturity is reached.

It has been established by Styblo, Lonstein & Winter, Durand & Salanova that we can get much better results while treating small curves between 20° and 29°, compared with curves of 30° to 39°. A growing number of physicians have started treating scoliosis with an angle below 30º, hoping to get better results but also to break the evolution of the disease before it gets over 30º and becomes much more difficult to treat.

Despite some effectiveness, currently available braces, because of their rigidity, are damaging to a certain degree to the normal development of the neuro-musculo-skeletal system .

At the time period when orthopaedic treatment would have the best efficiency (i.e.idiopathic scoliosis of less then 30° for pre-adolescents), the drawbacks are major considering the consequences on an immature, evolving body. It is important to note that the existing brace’s main objective is to stop the disease’s progression. There are two reasons for this: first, there is no efficient corrective treatment that exists to this date; and second, it becomes more and more obvious today that it is extremely difficult to get a real correction, even partial, for a deformation beyond 30° since permanent vertebral deformations appear.

We can assume that early treatment can provide a better correction in a brace and that we can hope that this correction will be permanent. We believe that if one has efficient means to correct with none or limited drawbacks, the assumption of a true permanent correction would justify earlier therapeutic treatment with a minimum risk of over treating. The expected benefits justify a more aggressive therapeutic approach for curves smaller then 30°.

It is obvious to us that this means must be a dynamic one as we now better understand the relationship between the neurological, muscular and skeletal systems. It is also clear that not only must we not harm the neurological and muscular systems, but we need to use them to stabilize the spinal system. The spine curvature correction goal must not interfere with the goal of maintaining structural mobility and neuro-muscular control of the posture and movements.

In order to have better results in idiopathic scoliosis, early treatment while reducing or eliminating any drawbacks as well as using the neuro-muscular corrective potential, we have developed a new therapeutic tool based on an innovative approach. SpineCor the Dynamic Corrective Brace is the first and non-rigid brace which aimed at correcting scoliotic deformation through self-maintained correction of the neuro-musculo-skeletal system. SpineCor full potential is achieved with skeletally immature pre-adolescents with progressive idiopathic scoliosis of less than 30°.

SpineCor changes the dynamic of the trunk while harmonizing the posture. It is a therapeutic means with less mechanical constraints and an acceptable comfort level that preserves and enhances movements with a double therapeutic action:

The design of SpineCor happened through a scientific process based on decades of knowledge on scoliosis and its treatment. Therefore, we can be optimistic about its efficiency. To demonstrate and establish the real efficiency of this treatment about encouraging preliminary results, we can take two different approaches. We can compare it to the natural evolution of the disease or compare it to the existing braces. This is exactly what we have been doing since 1995.

To know more about our study, visit our Clinical Studies section.