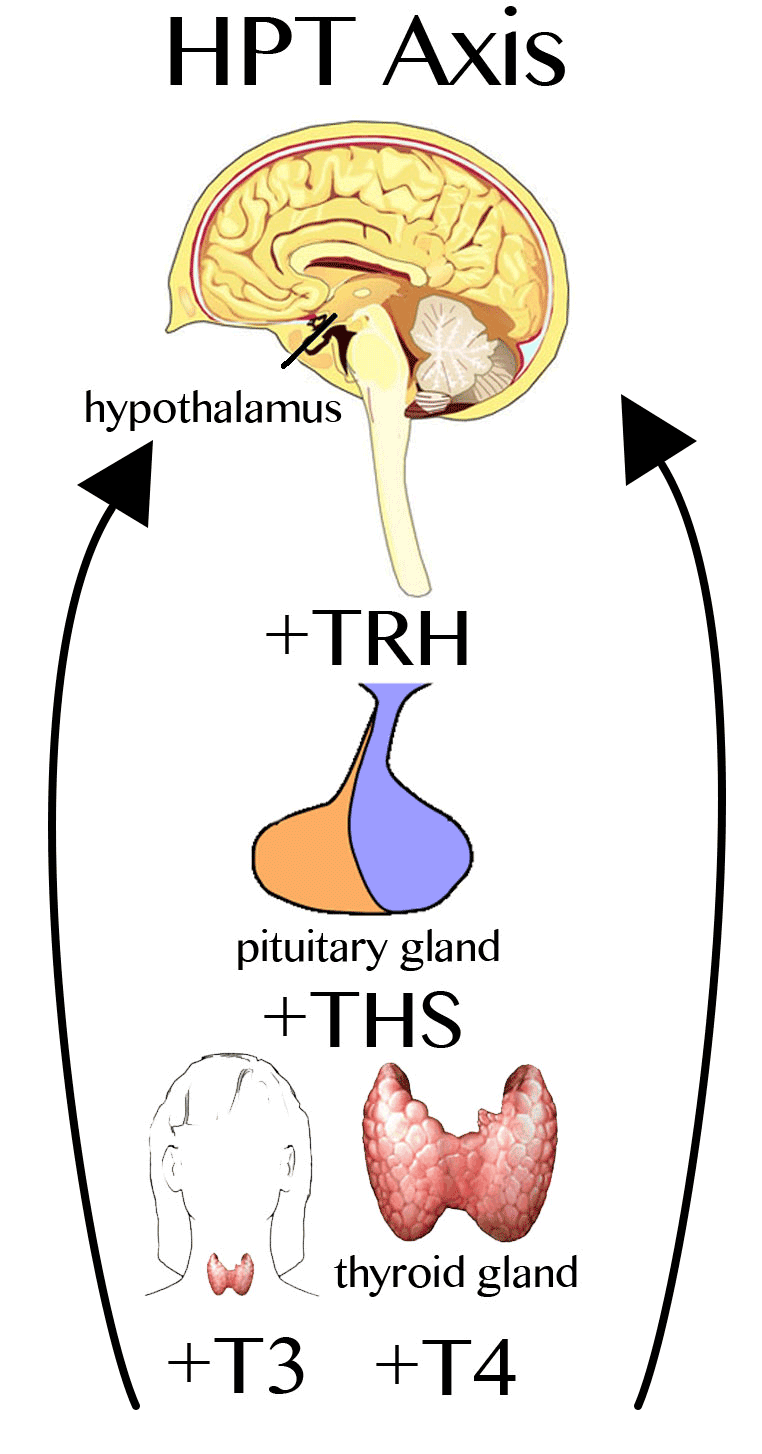 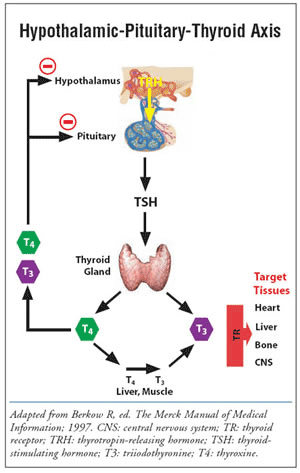 The thyroid gland is influenced by hormones produced by two other organs:

The three glands and the hormones they produce make up the “Hypothalamic — Pituitary — Thyroid axis.”
The way a goiter forms in those geographic areas of the world which have a deficiency of iodine is a good example of how the axis functions.

The pituitary also responds directly to the lack of thyroid hormone in the blood and TSH is increased. This enables the thyroid to capture most of the iodine presented to it from food and water.

TSH has a second action — it causes growth of thyroid cells.

The gland grows and becomes very large under the influence of this high level of TSH secretion. Therefore, most people who live in iodine deficient areas have goiter, thus allowing them to produce enough thyroid hormone for normal body function. Once thyroid hormone levels are restored, TSH secretion stabilizes at a high level. 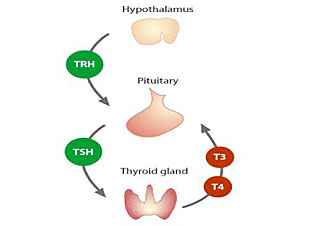 The main hormone secreted from the thyroid gland is T4, which reaches the peripheral organs and is converted to T3 by deiodinase. T3 enters the cell nuclei and binds to thyroid hormone receptor ? and ? isoforms on targeted genes, thereby regulating gene transcription. Thyroid hormone receptors act on the targeted genes as either heterodimers with the retinoid X receptor or as homodimers. Meanwhile, secreted thyroid hormone reaches the hypothalamus and the pituitary, where it inhibits production and secretion of TRH and TSH, thereby establishing the hypothalamic-pituitary-thyroid axis. If any factor in this axis is disturbed, hypothyroidism will occur.